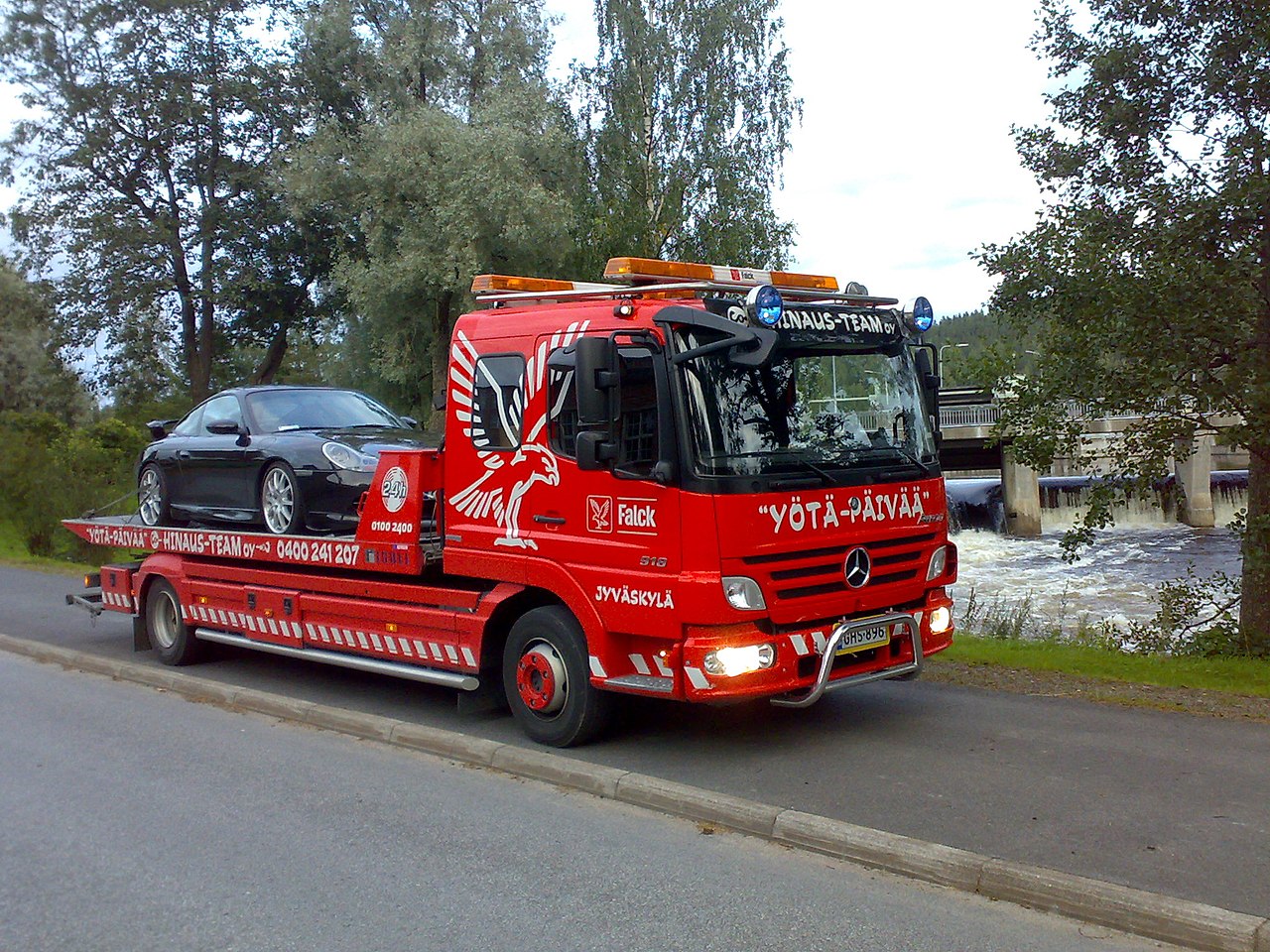 When Gov. Andrew Cuomo arrived at the New York State Fairgrounds to announce Phase II of renovations, he was greeted by rows of tow trucks lining both sides of State Fair Boulevard.

Operators say the goal was to get help improving compliance with the State's Move Over Law.

Most of the drivers lined up end-to-end could quickly name someone who died on the job.

On Friday, a NYS Thruway worker died when he was hit by a vehicle while helping two tow truck operators in Herkimer County.

Among the men and women lining State Fair Boulevard as the Governor arrived were workers from Northern Lights Auto Service in Mattydale, who buried their boss, Todd Young, five years ago this month.

"It devastated his family. Still to this day, there's not a day that goes by that his family isn't affected by it," said Nathaniel Sherman, an employee of Northern Lights.

While New York law does require drivers to move over for tow truck operators - many workers say not enough people are paying attention when they see the flashing lights.

"Nobody takes them seriously really. Nobody is slowing down and moving over for the yellow lights because everybody has them," Lyon said. "So, we are asking the Governor to amend the Move Over Law to allow tow truck operators to have the blue rear-facing lights, so when we do our job. It's a little easier for the public to see."

The law now includes sanitation vehicles in addition to tow trucks and emergency vehicles. Violators could be fined up to $400 and get three points on their license. Sherman says that's not enough.

"It takes a blink of any eye for someone to lose their life....where a ticket - they can pay the fine and go about their day," he adds. "Unless there are some real stiff penalties to the point where it sets into these people, they are not going to listen."

Lyon says she has sent letters to the Governor, but hasn't heard back. She organized the rally quickly after hearing he would be visiting the fairgrounds this week.

Her efforts reach beyond the state lawmakers - she wants every driver to think carefully as they hurry home at the end of the day.

"We're usually competitors. But, for a cause like this we do band together as a whole and try to get the word out there," she said. "Please slow down and move over because we all want to go home too."

Tow truck drivers rally to improve response to ‘Move Over’ Law is available on galway.apextowing.ie/